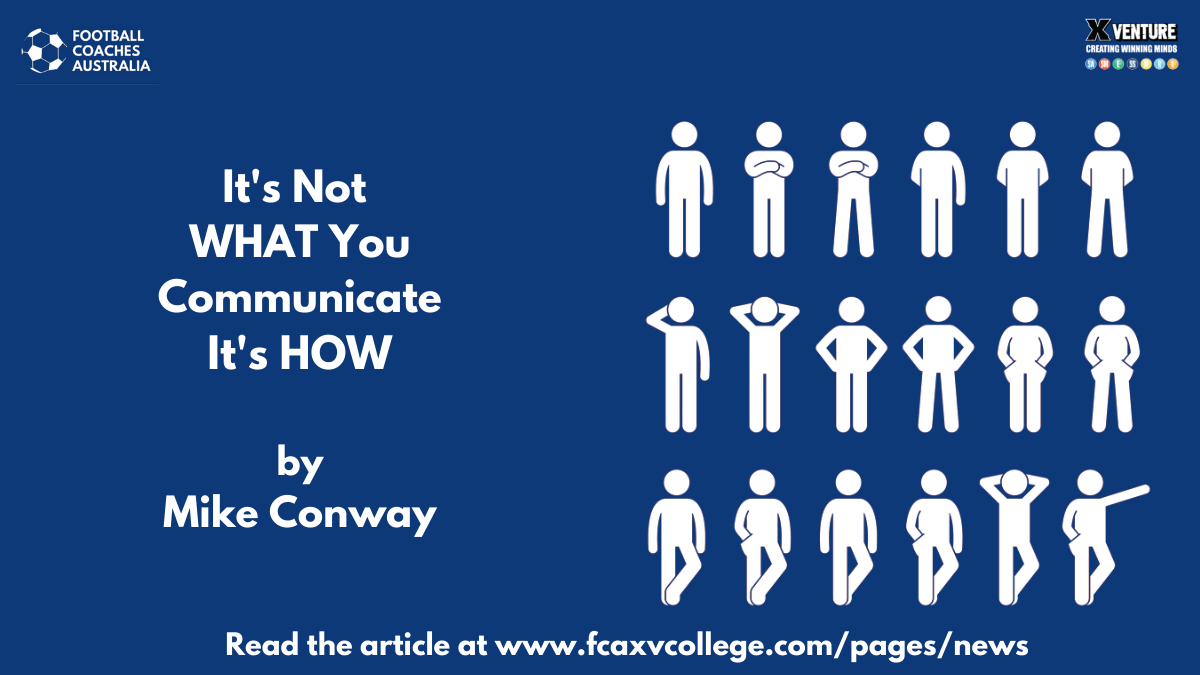 This is an excerpt from the article “The Class of ’92 – Great Teamwork Applied” highlighting the importance of both WHAT and HOW we communicate.

My interest in Benjamin and Gabe Turner’s documentary “The Class of 92" (Doyen Group 2013) is not just a one eyed single dimensional fanaticism, glowing over the sense of pride and belonging in seeing and hearing the extraordinary story of a group of young lads that Sir Alex Ferguson and his head of youth coaching, Eric Harrison had masterly pulled together. My interest and curiosity has also to do with the lessons we can take, if any, on how to foster and build a great team culture. Having now watched the movie some ten times, all my analysis confirms there are many. The documentary is a rich lesson for any organisation attempting to foster great teamwork.

Pentland who heads a research team at the Human Dynamic's Laboratory at Massachusetts's Institute of Technology attempts to analyse the science of great teams. After reviewing 2500 individuals, he suggests that the mystery of what the "chemistry of high performing groups has been lifted….”,  “…the key to high performance lay not in the content of a team’s discussions but in the manner in which it is communicating.” (A Pentland, HBR, 10 Must Reads on Teams. 2013)  In other words, it’s not what we communicate, it’s how we communicate.

In my work as a coach and clinical hypnotherapist, this fully resonates with me. All our clinical training takes us into the critical world of observation where we know and understand that clear communication can exist even without uttering so much as a sound!  Non-verbal communication provides as much as 90 per cent of what we communicate to each other: our body language, the shrug of a shoulder, the movement of our eyes, the change in colour of our face in response to a situation. It’s all communication. I regularly tell people in my clinical work and in my work with teams, that just because someone doesn’t say very much, they’re still communicating! Paul Scholes is a prime example.  Known as a “quiet lad”, he communicates in many more ways. What comes out in The Class of ’92 is his wicked dry and often quiet humour.

Tone, timbre, speed in the delivery of a message can be the difference between calm and anxiety states. Manchester United became known as a team who won many “big” games in the dying minutes. The 1999 European Champions League Final is a prime example. This was achieved through the team being calm and focussed in a high- pressured environment.

The full article is available as part of the FCA XV Essential Skills Program in the Communication Module.